API OIL TUBING: Types Of Corrosion Damage Of Tubing In The Oilfield

API OIL TUBING: Research on the Types of Corrosion

API OIL TUBING makes up a massive part of the gas and oil industry. The internal tubing allows gas and oil to pass through without harming the environment. Gas and oil leaks can cause tremendous damage; therefore, the tubing must stay in optimum form. The tubing shows intricate patterns.

The working mechanism of the tubing layout differs according to areas. Recent studies have shown that corrosion plays an important apart in damaging the tubes. The tubes are likely to last many more years without the breakdown taking place. Corrosion and rusting are inevitable in some cases; therefore, proper precautionary measures must exist to avoid all loss.

There are many forms of corrosion, but the result should remain the same, it should not affect the tubing system's capacity. The underground tubes have the same chances of getting rusted than the one's above ground, in fact, the possibilities multiply underground.

You May Also Read: Why To Check Water Flow of Old Houses Having GALVANIZED PIPE ?

Most oil tubes are located underground to pump oil directly from the source and make the transfer process quicker. Corrosion causes dents and weak pits within the pipes. Too many faults within the line make it prone to heavy leakage and accidents.

Thus, corrosion is a nuisance that requires attention. The proper safety measures can only occur when you identify the cause of deterioration. Every rotten pipe has its own history and reason.

The underlying cause will always point towards the solution. An experienced scientist will gather the corroded material sample and take many days to come up with a viable antidote. Corrosion is not an overnight process; therefore, the identification time can occur in the early stages. 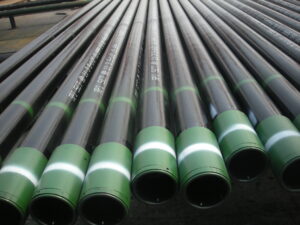 API OIL TUBING involves the best care for exiting pipes, even new ones. Corrosion is a menace that affects all types of tubes, no matter the length or width. Sometimes corrosion patches form on some parts of the pipe that travel through the whole length. Most Oil tubes are made of stainless steel or other forms of metal. The production method or choice of meta does not have a significant impact on the corrosion prediction. Every metal is prone to corrosion, and some environmental conditions can also trigger rust formation. Rust can only form in the presence of oxygen and water; similarly, breakdown also occurs in the presence of some variables.

These forms of corrosion are less likely to occur; however, they have the same damaging properties. The combination of carbon dioxide and hydrogen sulphide is even more problematic when the tube is located many feet below the ground The ideal way to identify whether the pipe faces any corrosion is by measuring the output and vibrations through a radar. Expensive machinery is always available around oil sites that follow the movement of oil many meters down. Even if the pipes do not come in view, corrosion can still show up in advanced machinery.

Researching the effects of corrosion on API OIL TUBING

Corrosion on API OIL TUBING has many adverse effects; these may linger on for many years. The first signs of decay go undetected in many cases. Early diagnosis is the ideal way to approach such situations. Rusting and corrosion ruin many oil tubing systems since they are all interconnected. The paths between each tubing line may become the center for the breakdown. Corrosion attacks the oil tubing’s from inside out, the exterior rots away to expose the interior.

Mesa corrosion is a common example of restrictive decay. This type of corruption causes a faded color to appear on the surface of the pipes. The discoloration and deformation of the shape cause many new problems to arise in the oilfield; the entire oilfield goes at risk. The penetration levels of mesa corrosion are comparatively less than ulcer corrosion.

Corrosion is not only of one type. The various forms of corrosion that pile up can cause a high level of damage to the whole area. Most oilfield owners prefer installing pipes in areas where the chances of rust do not erupt.

Thus, taking preventive measures before the rust settles is a wiser move than cleaning it up later. General and uniform corrosion have a familiar orange hue that you might have come across in water tanks or poles. The first stage of corrosion is increasingly easy to clean up despite its length.

The length does not matter as long as the corrosion does not reach dangerous levels of damage. Sometimes removing the pipe or extracting the corroded part is the only option left. The extraction or replacement process is costly.

Although there is no hard and fast rule in preventing corrosion damage, assessing the oil field before installing pipes is an excellent place to start.

Many justifications show that the presence of carbon dioxide and hydrogen sulphide are not the only culprits. External factors such as heat and speed of internal liquid also speed up the process. The rate of the flowing liquid determines how fast the pipe shall corrode. A tube with a high-speed oil movement has fewer chances of getting corrupted than a low-speed one.

Apart from these factors, carbon dioxide and hydrogen sulphide still cause the most aggressive forms of corrosion. Many oilfield owners have to uptake expensive soil treatments to remove all corrosion chances, yet the options may even exist. Since corrosion is a chemical process, chemical treatment will stop the effects only for a short time. Oil tubing pipes can last more than 40 years in prime condition without the presence of rust.

The environmental conditions play a significant part; however, the material in pipe construction also contributes to corrosion. The oilfield owners and project managers should not take any chances with the tube material if they wish to prevent the future cost. Stainless steel mixed with other metal forms will rust away faster than any other pipe. Oil tubing projects usually have a massive budget for pipe installation and purchase.

The installation price gets further added since the pipes with aggressive corrosion demand removal. Instead of investing in new lines after every few years, identify and treat the underlying cause.

You May Also Read: Here Are 5 Uses of Steel Flat Bars

Changing the operating system of a determined site working for years is harder than one might imagine. Corrosion can ruin large projects and cause a lot of frustration—oil tubing plants source many areas ranging from industrial areas to residential ones.

The leakage in the nay tube affects the output and becomes a life hazard for the people operating around it. The research itself requires a professional team and certain conditions. The corrosion testing occurs in labs, and the displayed results determine whether the pipes will last in the long term or not.

Furthermore, stress corrosion cracks and aggressive corrosion leaves only one option, removal. The fate of the pipes depends upon the external factors and damage control displayed by professionals. Rusting and corrosion are only a threat until they do not get addressed.

For further information regarding the effects of corrosion, have a look at our website now. 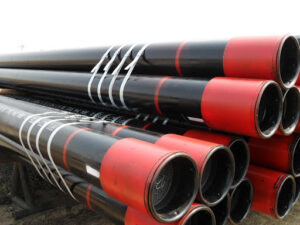 Pre: Why To Check Water Flow of Old Houses Having GALVANIZED PIPE ?