In how many categories do cylinder tubes conventionally divided?

Read about the types and applications of cylinder tubes 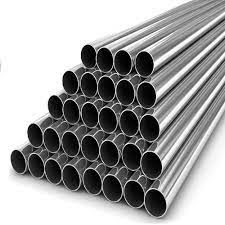 All manufactured cylinder tubes can be divided into two large groups: seamless and electro welded. They differ in some parameters, but they may well be used for domestic purposes.

A distinctive feature of seamless pipes is the integrity of their structure. They are divided into cold and hot deformed.

Their outer diameter and wall thickness can vary between 28-530 mm and 2.5-75 mm, respectively. Such products have a higher rigidity compared to cold-deformed ones and bend poorly.

A characteristic feature of pipes of this type is the presence of a connecting weld in their structure. They are divided into two types: straight and spiral seam.

Cylinder tubes are not design for high pressure operation and are usually good for the construction of water pipes or heating mains.

What are the main characteristics of cylinder tubes?

The main characteristics of steel pipes are diameter, wall thickness and length. Moreover, all of them lay down in regulatory documents for each type of pipes.

In addition to wall thickness, several different diameters are good to use to describe the cross-sectional dimensions of cylinder tubes: The inner diameter is always indicating in millimeters; NPS is a dimensionless value. It is similar to the inner diameter, but may not be the same size.

In fact, the nominal bore rounds up or down value of the average internal diameter of the pipes. Similarly, its value is important when calculating for the entire liquid, steam or gas supply system. The convenience of this parameter becomes apparent in practical use.

In this case, for the assembly of a guaranteed efficient system, pipes and fittings with the same nominal bore are common to select; Outside diameter is the main overall dimension of the pipes.

In how many categories do cylinder tubes conventionally divided?

Outside diameter categories Metal cylinder tubes are produced with an outer diameter from 10 mm to 1420 mm.

By the value of this parameter, they are conventionally dividing into three categories:

The length of the cylinder tubes measure. In the first case, it is strictly good to maintain in the shipped batch, and its limit values ​​are laid down in the regulatory document for the corresponding product. 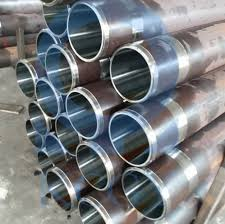 In the second, pipes in a batch can have different lengths, but not less than a certain value.

The possible pipe wall thickness is indicated in the relevant GOSTs. In addition, we divide them into four categories based on the ratio of outer diameter to wall thickness: With an indicator of more than 40, pipes classify as especially thin-walled;

The situation is further complicated by the fact that modern manufacturers produce metric and inch water cylinder tubes. With sufficient experience, they are easy to distinguish visually by the profile of the thread: in inch products, its threads are more round.

What are the advantages of steel cylinder tubes?

Why cylinder tubes are becoming highly popular these days?

Recently, steel pipes are becoming more and more popular, because they are ideal for creating gas and oil products, heating mains. In addition, it is assumed that steel pipes are easy to use even during construction, since they come by optimal reliability.

Features of the use of steel cylinder tubes

Steel cylinder tubes are ideal to replace plastic pipes. The demand for steel remains at an optimal level, as a result of which similar products will be produced in the future. When choosing steel pipes, it is extremely important to take into account the current GOST

The most popular for domestic use are water and gas pipes. Knowing their basic parameters, as well as the features of metric and inch products and the differences between them, both types of materials are easy to use for a plumbing or heating system.

Next: What is galvanized hot rolled square tubing (hollow section)?