Types of Steel Pipe Corrosion and Their Preventive and Repair Strategies

The plumbing industry all over the world knows steel pipe for their reliability and resistance to corrosion. But even the strongest of pipes are not always immune to rust-induced failure.

Corrosion is like cancer for metals. When working with corrosive fluids, a steel pipe needs regular checks and maintenance. Failure to keep their condition in check. And ignoring the tell-tale signs of internal corrosion leads to a major pipe and metallic structure failures. 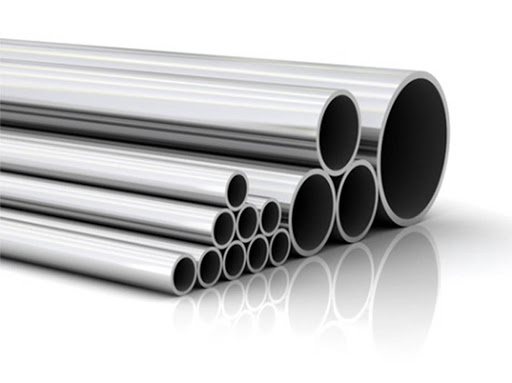 In this article, we will discuss some of the most prominent types of corrosion and their prevention strategies.

What is Steel Pipe Corrosion?

Corrosion is essentially a chemical reaction in which metal atoms react with oxygen present in the air to form metal oxides. These metal oxides then leave the surface of their parent metals, thereby destroying their integrity.

Corrosion can occur both internally and externally, wherever the metal comes and stays in contact with a corrosive substance. It is lethal for a metal structure. As, if left untreated, it can propagate throughout the structure. Thus, making it weak and more susceptible to the formation of cracks and holes.

We said a steel pipe is not immune to corrosion. In steel pipes, corrosion results in pipe failure leading to leakages and pipe bursts.

Rust is the most common example of corrosion in which oxygen reacts with iron in the presence of moisture. And forms a ferric oxide, the brownish-orange substance we all have seen and cursed. 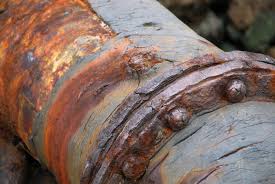 Corrosion is not always what we see, an orange layer appearing over a sheet of metal. Corrosion takes many forms that, if neglected, result in disastrous consequences in terms of loss of lives, money, time, and material.

Here are some of the most common types of corrosion and a few tips that can help prevent them:

Uniform pipeline corrosion, or general corrosion, is the one type of corrosion that we see most often. It begins from a specific region and then propagates uniformly throughout the rest of the steel pipe.

Uniform corrosion occurs when a steel pipe remains in prolonged contact with a corrosive substance, like water or harsh chemicals.

The best way to prevent uniform corrosion is to keep an eye out for its early symptoms. If you spot it early, you can easily remove this type of corrosion early on and avoid more severe consequences.

Pitting corrosion occurs in small specific or local regions of a metal. These regions may be electrically active sites. Or might have been in contact with the corrosive matter due to damage to the protective coating.

Selecting the right material for a given application, maintaining the pH level of the substance in contact with the steel pipe, and providing cathodic protection are some of the most trusted ways to prevent pitting corrosion.

Bimetallic corrosion occurs when we place two dissimilar metals in contact with one another in the presence of an electrolyte such as water.

Once placed in an electrolyte, the metal that has a high electric potential will attract electrons from the one with low potential, thus corroding it.

The only sure-fire way to prevent galvanic corrosion is to ensure that you do not place two dissimilar metals with a high potential difference in contact with one another.

In steel pipes, decarburization is an example of dealloying where steel pipe loses its carbon at high temperatures. 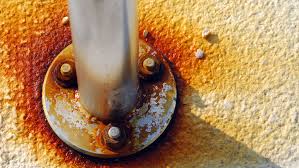 Using alloys that contain noble metals or elements resistant to dealloying is the best way to prevent selective or dealloying corrosion. Otherwise, using anodic and cathodic protection is also a helpful way to prevent loss at the hands of dealloying.

Once corrosion begins at the granular level, it starts chipping away the integrity of the metal to the point where it comes apart even under a moderate level of tensile stress.

Since a steel pipe contains chromium, it can be susceptible to intergranular corrosion if it is subjected to an elevated temperature at any point in its life. Because at elevated temperature, chromium precipitates out of the metal and collects near the grain boundaries. The abundance of chromium near the grain boundary then leads to intergranular corrosion.

Using low-carbon steel and steel containing a sufficient amount of niobium and titanium is a viable option in reinforcing the performance of the steel pipe in face of intergranular corrosion.

Microbiologically influenced corrosion is a contribution of aerobic or anaerobic bacteria and can lead to disastrous consequences. The presence of bacteria inside pipes can multiply the rate of corrosion and can lead to the destruction of an entire piping system only within a few months.

These microbes are so strong, they are capable of destroying tough metals like steel and brass. The only way to prevent MIC is to maintain a proper cleaning and check up routine and practice thorough sterilization of the entire steel piping system.

Even with all the preventive measures in place, corrosion occurs in nooks and corners. But now that you know all the types of corrosion that can take place in a steel pipe, you are better prepared to diagnose and repair the type of corrosion in your pipe.

Some of the common ways of repairing corroded pipes include:

Steel pipe is popular for its corrosion-resistant properties. But, if left uncared for, even a steel pipe is also susceptible to being damaged by corrosion.

Corrosion can appear in a variety of faces. It can be a layer of rust, in uniform corrosion. Small pits, in pitting corrosion or the dissolution of parts of metal in galvanic or dealloying corrosion.

Thankfully, the prevention and repair of corroded pipes is easy. We can prevent a steel pipe from rusting by using protective paints and proper maintenance.

However, if they have been corroded, they can be repaired using metal wraps, epoxy putty, and welding and soldering.

Pre: What are Piling Piles and Why They Are Important?